In the long shadow of anthropogenic climate change and toxicity a set of questions has confronted intellectuals, artists and activists: What if there is no human, nor even any humans, but merely regionally more or less densely compacted forms and modes of existence, one component of which has been abstracted out and named “the human”—or “life”? What if radical difference is not outside us but within and leaking out of us? Once the material other is understood to be extimate—the external body from which the internal body is constituted, on which it depends, and through which it is distributed—we can no longer refer to the body or a body even though we must continue to emphasize thisish body hereish. This talk thinks about a set of political concepts unmoored from the ontology of bounded things and their antagonisms or solidarities, asking from where these concepts should originate, on what should they depend, and toward what should be oriented. 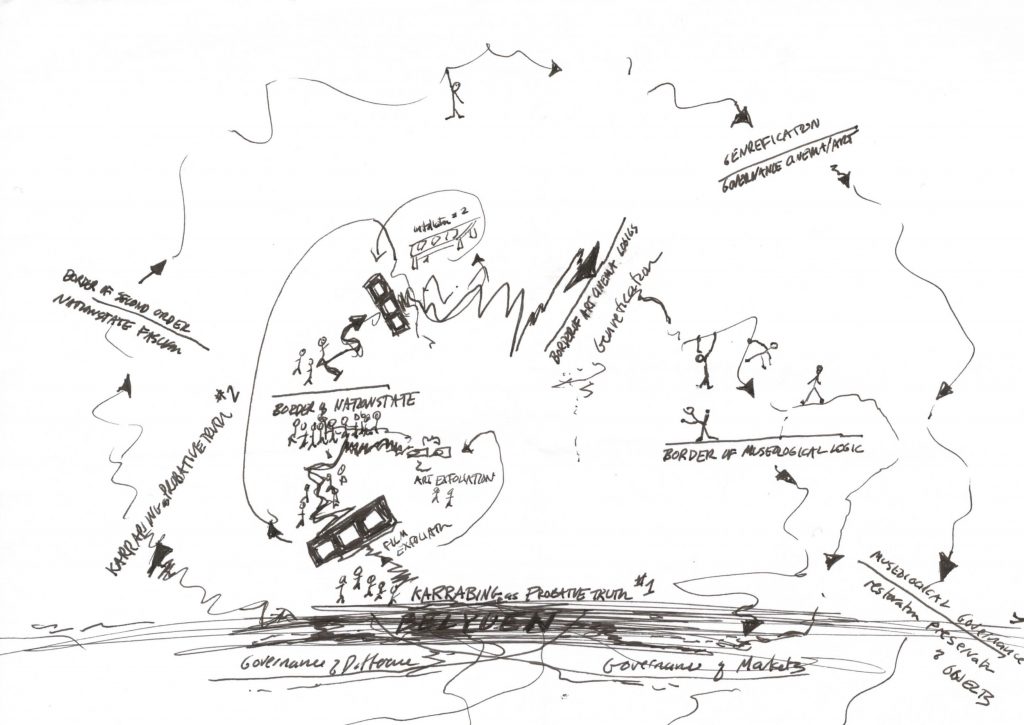