From Istanbul and Sao Paulo to New York and London, the proliferation of direct actions is disrupting business as usual at elite cultural institutions: climate protests at the Tate Modern and the Metropolitan Museum of Art, collective pressure to boycott at Haifa’s Technion, worker solidarity disruptions at the Guggenheim Museum in New York City, and #BlackLivesMatter, decolonization tour and de-occupation of the American Museum of Natural History, to name only a few. We now see a diversity of tactics being employed and the artist emerging as organizer. Actions take aim at a range of targets: settler colonialism, labor exploitation, white supremacy, the capture of public space, climate injustice, gentrification, police violence, Israeli apartheid, rape and sexual assault, and more. They are beautifully disruptive within their own arenas of concern. But these concerns are also connected. This lecture explores the blurring of the lines between art and direct action. MTL shares a body of work in connection with the Arab Uprisings and the Occupy movement, the Gulf Labor Coalition and Global Ultra Luxury Faction, the Direct Action Front for Palestine, and Decolonize This Place, which begin to sketch the possibility of a practice in which the artist’s work does not simply add an artistic flair to this or that campaign, but rather where theory and research, action and aesthetics, debriefing and analysis — reflect this entire dialectical process — is a practice of resistance and building, training in the practice of freedom. 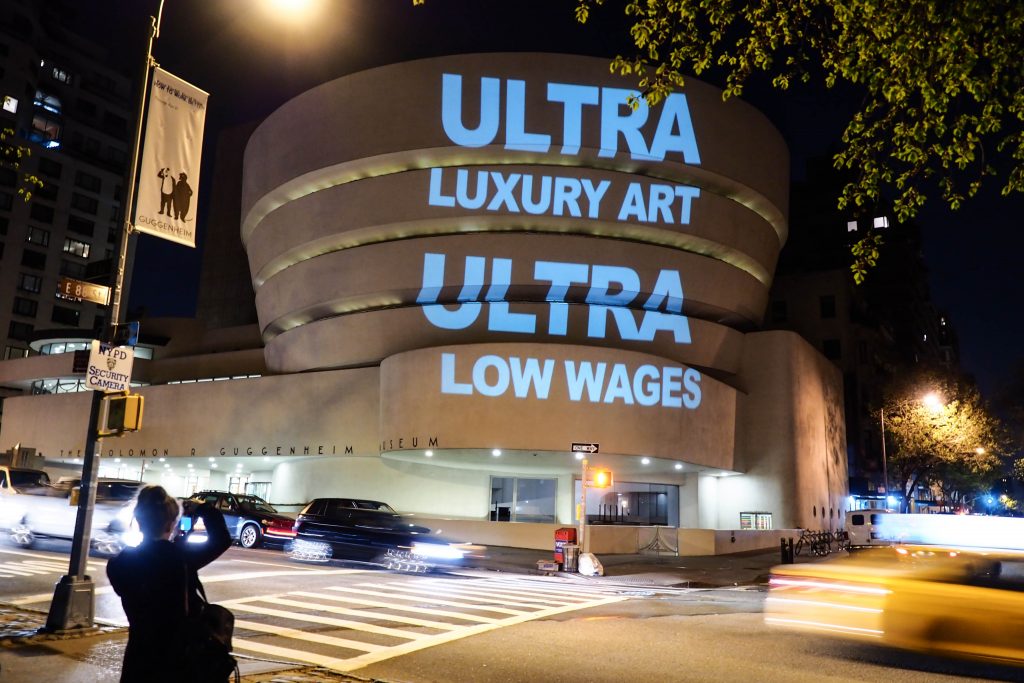